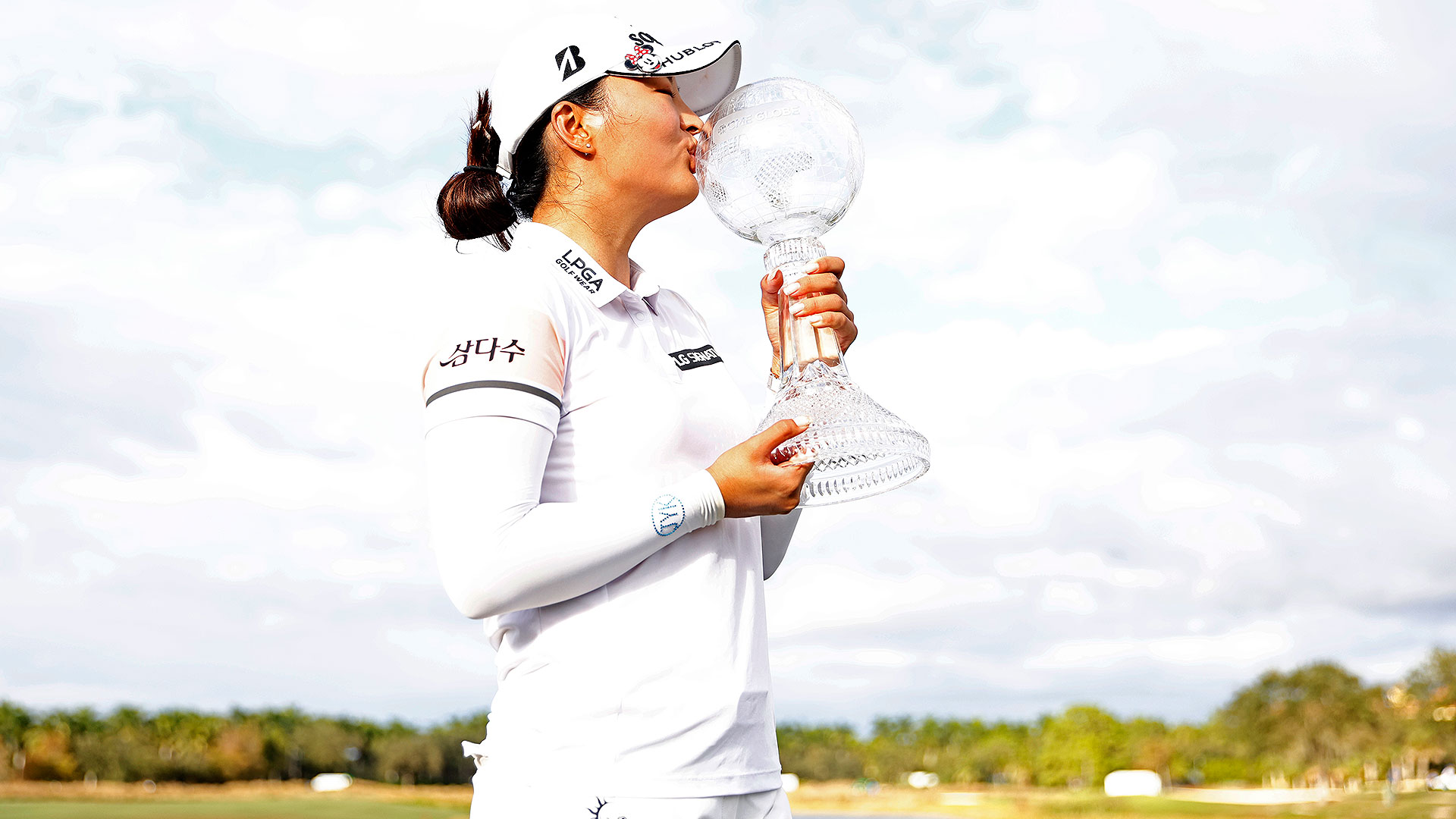 NAPLES, Fla. – Facing high stakes against her toughest opponent, Jin Young Ko delivered a performance that was close to perfect Sunday to win the richest prize in women’s golf and overtake Nelly Korda for LPGA Player of the Year.

Ko opened with a 25-foot birdie putt and never looked back in the CME Group Tour Championship. She shot 30 on the front nine and closed with the low round of the tournament at 9-under 63 for a one-shot victory of Nasa Hataoka of Japan.

So flawless was Ko that she hit the final 63 greens in regulation at Tiburon Golf Club.

“I don’t know what happened out there,” said Ko, who has been coping with a left wrist injury since May that limited her practice before rounds. “This week was amazing.”

This victory brought big spoils, beyond the $1.5 million to the winner.

The 26-year-old South Korean had to win the tournament to claim the points-based LPGA Player of the Year, the second time in three years Ko has won the award.

“I tried to play aggressive and I got it and I’m so happy,” Ko said of surpassing Korda. “She got gold medal and she had major. She had three more wins this year. She hits it straight and too far and putting so good. I was a little bit more lucky than her, so I got this.”

Korda’s big year of becoming a major champion and Olympic gold medalist ended with a thud. She couldn’t keep pace at the start and was never a serious factor when Ko pulled away on the back nine. The 23-year-old American closed with a 69 and tied for fifth, six shots behind.

“It was the Jin Young Ko show today, and honestly, it was cool to see,” Korda said. “I just sat back and watched all day.”

Ko won the season finale for the second straight year, and this took all she had. She started the final round in a four-way tie for the lead with Korda, Hataoka and Celine Boutier and quickly left everyone in her wake with four birdies on the opening six holes. 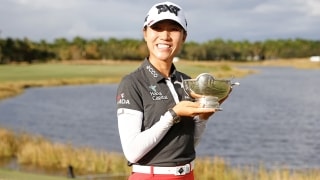 Hataoka tried to stay with her early with a pair of birdies, but her chances were damaged on the par-5 sixth hole. Ko was some 15 yards over the green and hit a beautiful pitch to tap-in range for birdie. Hataoka was right of the green and dumped a delicate pitch into the bunker, leading to bogey.

Hataoka was never closer than two shots of the lead on the back nine, finishing birdie-birdie for a second straight 64. She earned $480,000 as the runner-up.

Ko’s drive on the ninth hole Thursday went into a bunker near the lip, and she could only blast out to the fairway, leading to bogey. That was the last time she missed a green at Tiburon.

It was a relentless performance, Ko picking a target and hitting it and then letting that pure putting stroke take care of the rest.

Lydia Ko closed with a 64 to wrap up the Vare Trophy for the lowest scoring average. Jin Young Ko and Korda had lower averages but did not meet the required minimum of 70 rounds.

The winner finished at 23-under 265 for her 12th career victory. The LPGA Hall of Fame is her ultimate goal, which requires 27 points. She picked up one point for winning and one point as player of the year, giving her 17 points in just four years on the LPGA Tour.

It was a blazing finish to the year for Ko, who along with her wrist injury had to cope with the loss of her grandmother in the spring that left her briefly searching for motivation.

She found it in a big way. Ko won five of the last nine tournaments she played on the LPGA Tour, and became the first five-time winner on the LPGA since 2016.

Could Tiger be unveiling new driver at PNC?

How you can watch Tiger's return at PNC

Sign up to receive email offers, promotions, and news from GOLF and NBC Sports golf brands.

CME payout: What all made at lucrative finale

Jin Young Ko got the big prize, but she wasn't the only player who cashed in at the CME Group Tour Championship.

Korda at peace with year despite no CME, POY

“I wish I could have kind of given it a better run, but in all, I think I had a great year,” Korda said Sunday at the CME Globe Tour Champ.

Player of the Year Jin Young Ko turned must-see TV into her own special with a Sunday 63 at the CME Group Tour Championship.